Disclaimer: The code in this post is written on version 9.0.7700 of Simplygon. If you encounter this post at a later stage, some of the API calls might have changed. However, the core concepts should still remain valid.

In Simplygon 8 you could optimize an asset using a custom visibility sphere. This is still possible in Simplygon 9 through the API, either as stand alone or directly in one of the integrations. To examplify this we will use this asset. As the asset never is going to be viewed from below we will use visibility culling to optimize the asset from all possible viewing angles scattered along the surface of the sphere shown in this asset. 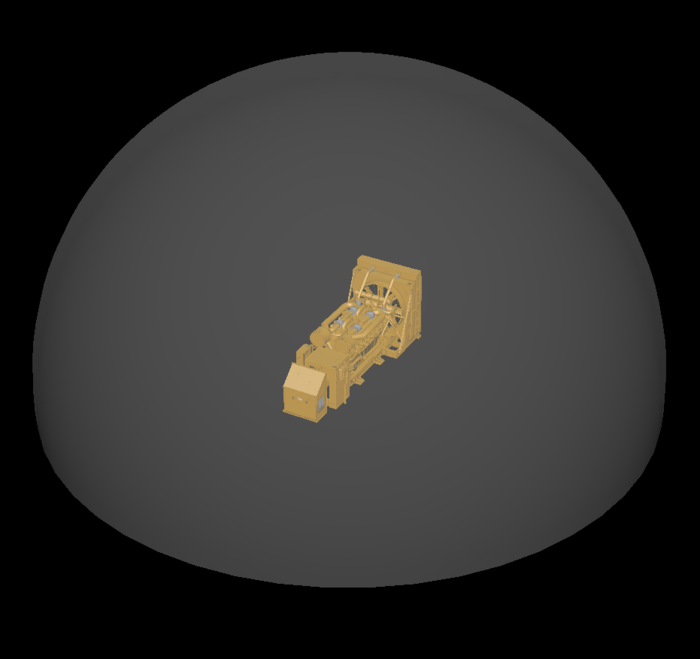 If we want to create this in Maya we can use a combination of the Simplygon command in Maya and the Python API. All we need to do is run this script:

Running the script on our example assets removes 2k of the 33k polys in the original asset. Depending on how the asset is built there could of course be a lot more polygons that could be removed without affecting the visual fidelity at all. Here is the end result after the process: If you want to run the script outside of our integrations, you can just replace the import and export function with plain file importing. You can find the documentation for the file import/exporting here.

When to use this method?

This method is suitable when you want clean up an object after creation before you create a LOD chain, to remove any polygons that just aren't needed for the visuals. It should be used with caution on rigged meshes though. In those cases you might have polygons that aren't visible in the bind pose, but the animations might expose them.